Bill French, Sr. is the CEO and Founder of FDE Hydro a company focused on delivering modular civil construction means and methods to the hydropower industry. The company launched in 2015 as French Development Enterprises LLC (FDE) and developed and delivered the “French Dam” a revolutionary solution to the hydro industry. FDE Hydro owns 8 patents in the US, Canada, and Brazil involving modular civil construction for run of the river hydro facilities, modular powerhouses, pumped storage hydropower, and modular precast animal passages.  All FDE Hydro innovations are based on benefitting present and future environments.

For the previous five decades, Bill served as CEO and Founder of W.L. French Excavating Corporation (WLF) headquartered in Billerica MA.  Best known and respected for his leadership, integrity, entrepreneurial spirit, and strong business acumen. Today, the company employs over 300 people with $130M in annual revenues and has evolved into one of the top tier site contractors in the New England Region. A recognized leader in commercial site development, heavy civil construction, and soil management services.

Under his leadership W.L.F. participated in many high-profile projects such as the construction of “Centerfield Taxiway Mike located at Boston’s Logan International Airport.” and the “I-93 Fast14”, a landmark project for the Department of Transportation, utilizing modular precast bridge construction and design. He has been instrumental in managing various site and soil projects at Boston’s top universities and educational institutions dramatically improving our environment.

In 2015 Bill was selected by the Department of Energy’s Water Power Technology Office and Oak Ridge National Lab to participate in the “Hydro Power Vision – Technology and Performance Task Force” defining a strategic plan and roadmap report for the United States Congress and President of the United States on next generation hydropower solutions for clean energy.

While always supporting his local business community in Billerica, Bill also supports countless philanthropic ventures focused on veterans and many other charities in the Commonwealth of Massachusetts, New England, and our great Nation. 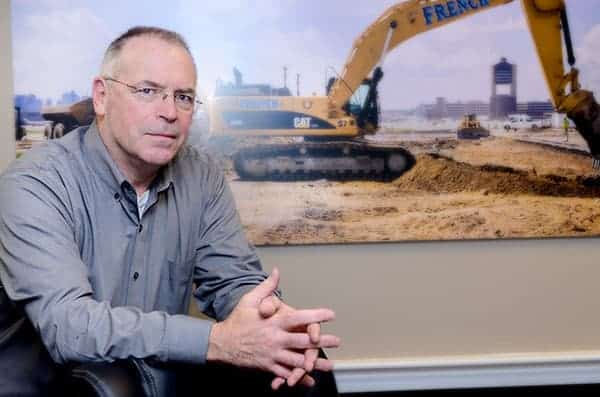