The French Dam Retrofit System can be rapidly deployed and set in sequence to replace a weakened high hazard dam with precast concrete modules that are placed directly downstream of the existing dam. The most important reasons for leaving the existing dam in place is because of the deteriorated condition of the structure and the risk of release of historic contaminated sediments that are trapped behind the existing dam structure.

The EPA believes French Dam Retrofit reduces major risk to the river environment by leaving the existing dam in place and not disturbing the existing contaminated sediment.

The French Dam Solution can be completed in a matter of weeks verses months or years using cast in place structures.

US Department of Energy Water Power Group and American Society of Civil Engineers (ASCE) funding projections for the next 25 years to upgrade America’s aging and obsolete water infrastructure is estimated to be $640,000,000,000. 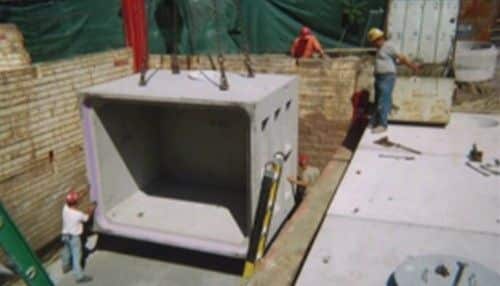 The French Dam can be rapidly deployed and set in sequence to replace a weakened high hazard dam with precast concrete modules. This can be completed in a matter of weeks verses months and years using cast in place. 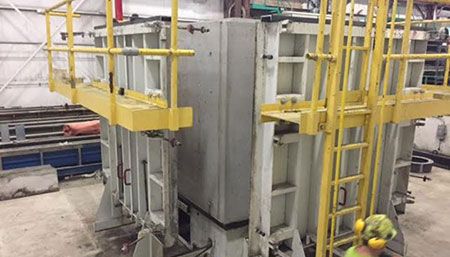 Repair existing earthen dams by installing a modular precast concrete wall that stabilizes the structure and acts as a water barrier.
Dam Raise 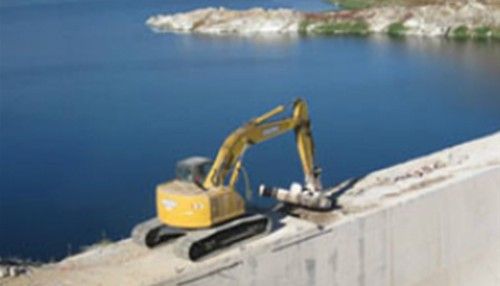 A complicated process of raising a dam can be simplified by utilizing modular precast technology. Removing the top layer of the material creates a solid surface for installation of modular precast units that are safely secured by anchoring them to the main structure of the dam.

This solution will save time, cost and project risk.